Political Economy Journal: The IAEA’s Access Request ( Endless Series of Inspections) is not Applicable under the Documents of the Spy Agencies

The first is the reports that Iran provides to the IAEA, and the second is Iran’s response to the ambiguities raised by the IAEA. For example, Iran, although based on the 2007 modality, was supposed to first receive the original documents and then answer a question on a subject called “claims studies,” but to clarify, it submitted a report containing 117 pages of evaluation. It was said that; Iran’s response to some of the Agency’s concerns is based on Article 75 of the UN Security Council. According to the clause, if the IAEA has concerns about undeclared materials or activities, as well as anti-JCPOA activities in neighborhoods that are not covered by the Comprehensive Safeguards Agreement or Additional Protocol, it will address these concerns and request transparency from Iran.

The third way for the IAEA to become aware of the dimensions of Iran’s nuclear program is to conduct inspections in accordance with Article 76 of the Comprehensive Joint Action Plan. “If Iran’s explanations do not address the Agency’s concerns, the IAEA may request access to such sites solely for the sake of truthfulness and the absence of unsubstantiated material or activities contrary to the IAEA Board,” the statement said. “The Agency shall provide Iran in writing with its reasons for access and related information.”

The key point is that the Iran, as it has no obligation to respond to the alleged documents, can respond negatively to the IAEA’s request to access its intended locations. For this reason, Iran is not obliged to accept all access applications, because the Agency has a history of requesting access and explanation without providing documents and evidence in its history.

The IAEA’s director general is moving in the opposite direction of the water!

The approach taken during the tenure of Rafael Mariano Grossi, the new director general of the International Atomic Energy Agency, is contrary to the terms of the nuclear deal, as requests for access have been made due to forged reports, especially the Zionist regime’s alleged documents. 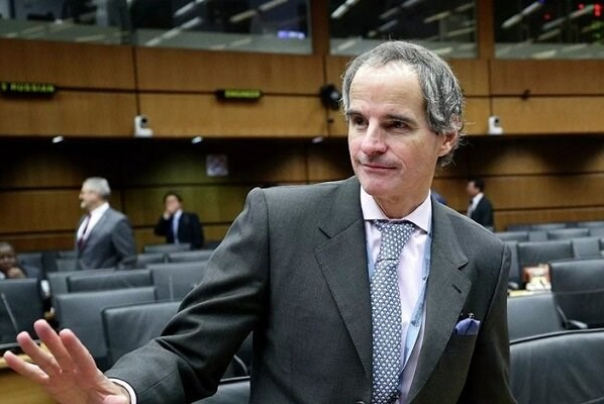 On Monday, Seyed Abbas Mousavi, spokesman for our Ministry of Foreign Affairs, hours before the meeting, warned the IAEA Board of Governors  to be “realistic” about Iran’s case and “not base its claims on the United States and the Zionist regime.”

Israeli Prime Minister Benjamin Netanyahu has so far claimed access to documents of our country’s undeclared nuclear activities on several television shows. In a speech to the UN General Assembly in 2018, he showed a picture of a building in Turquzabad, south of Tehran, claiming that our country had a stockpile of equipment and nuclear materials in the region, which he claimed is Iran’s secret facility.

He also announced in a televised speech on 2019, just eight days after the announcement of the US withdrawal from the nuclear deal, that the Mossad spy agency had discovered a project called “Amad” in Shurabad, claiming that the plan, It is a complete and comprehensive mechanism for the design, production and testing of nuclear weapons.

In a press conference on 2019, the Prime Minister of the fake Zionist regime announced his new discovery about a secret Iranian nuclear facility in the city of Abadeh in Fars province, claiming that Iran had conducted “experiments to produce nuclear weapons”!

At the beginning of the meeting of the Board of Governors, the Director General of the International Atomic Energy Agency expressed serious concern about our country’s refusal to issue a permit to inspect the two centers, saying that Iran had not allowed access to the two sites for more than four months. He added that Iran has been refusing to discuss “serious issues related to activities and possible nuclear material” in these centers for about a year. This was also mentioned in the IAEA’s report 12 days ago, and now the director general of the organization personally warns Iran that if it does not respond to the request for inspection, the “IAEA’s ability to resolve the remaining questions” will be questioned. 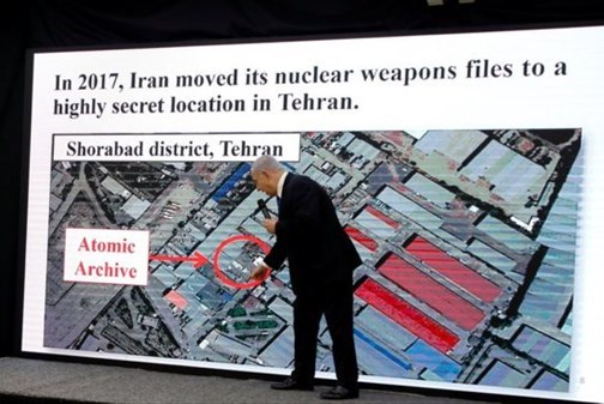 Dr. Ebrahim Karkhaneh, Chairman of the Nuclear Commission of the Ninth Islamic Consultative Assembly, in a conversation with Anna News Agency, stated: “The issue of agency inspections is a planned scenario. This is because many countries are currently members of the NPT (Nuclear Non-Proliferation Treaty), and the IAEA appears to be overseeing them, but virtually no planned and selective oversight is in place. It is the only Islamic Republic of Iran that, according to Western officials, has undergone the toughest nuclear inspections; “A country that has no other activity in the nuclear field other than the enrichment process under the auspices of the International Atomic Energy Agency.”

He added: “Nevertheless, despite the fact that the IAEA has repeatedly stated that Iran’s nuclear activities are peaceful, the dangers of the so-called globalization of these institutions and organizations are entirely under pressure from the United States and the Zionist regime. The United States has not been able to take effective action against the Nuclear Non-Proliferation Treaty in the UN Security Council against our country, so it is the only lever to put pressure on Iran and IAEA. And it is able to pave the way for a new conspiracy against the country, this is unprecedented, and the IAEA has done a lot of good to Washington since 2002.”

Noting that the United States, on the one hand, has withdrawn from the JCPOA and, on the other hand, is concerned about the continuation and imposition of new sanctions, the factories said: “Europe is also cooperating with US sanctions, and through this, it has imposed severe and maximum sanctions on our country. The point is that reducing Iran’s commitments will not, in effect, put an end to the extravagance of the other side.”

According to the senior nuclear expert, “Iran is allowed not to allow access to the declared inspection, even if it is provided with documents from a country that is supposed to be a member of the NPT and has signed a contract with the IAEA, because at the same time as the application, reliable and undamaged documents must be provided.”

He concluded: “Articles 74 to 78 relate to access, and the Agency may, at the discretion of the Court of Cassation, request – not documents provided by the spy agencies of the hostile regimes – to visit unannounced places. If this path is open, “systematic monitoring” will be practically meaningless. Therefore, if the IAEA does not have compelling reasons, Iran can respond negatively to requests for explanations and access. This is a procedure that is not only specific to our country, but also to all NPT members. “Meanwhile, the most unprecedented and intense inspections are being carried out by the inspectors and cameras of the IAEA regarding the nuclear activities of our country.”

PEJOURNAL - Recognition of Aktion T4 as the most significant systematic massacre of the disable...