PEJOURNAL – Regarding the reduction in the spread of the coronavirus, the first question in the United States has been the impact of the virus on the 2020 presidential election, and to what extent the remnants of Covid19 will be the cause of Trump’s defeat or victory.

It is clear that the coronavirus has already strongly influenced the 2020 election and even resulted in a sort of ‘genetic mutation’ in Trump, who described the drowsy and dumb Joe Biden as a calm and good man after a phone conversation between the two. Although he seemed to believe that the coronavirus would not cause much trouble in the United States seemingly until yesterday, today he admitted that he learned a lot from this invisible enemy.

Trump is also responding to his Democratic rivals and foreign partners amid the former’s extensive media pressure campaign. His response to Hillary Clinton, who said Russia wants to re-elect Trump, forced Trump, despite having previously expressed his love for Russia and even Putin himself, to call The Russian Imperialist Movement, an extremist pro-Russian group who believes in the supremacy of the white race, a terrorist group.

The coronavirus’ influence on the US public opinion and the election is rather predictable. The problems in people’s personal and social lives may be so great that they forget that Trump is the first impeached president in American history to run for a second term, but Trump’s irresponsibility and the fact that he did not take the coronavirus outbreak seriously have strongly affected public opinion.

People in the United States know that despite his “America First” rhetoric, Trump underestimated the threat level of the virus and incorrectly argued that the United States is capable of preventing, diagnosing disease, and providing medical facilities and equipment ranking first in the world and is confident of its government’s ability to maintain American health.

The psychological effects of  coronavirus deaths on public opinion and the economic consequences of the pandemic led to serious decisions at state and local levels which opposed Trump’s policies and plans, and served as a clear example of the damage done to the public’s confidence in the President. This was demonstrated by the growing demand for personal weapons which set a historic record, and led many to believe that if economic problems persist, social chaos can be expected.

The public response has made it clear to the Trump administration that it lost the opportunity to contain the epidemic, and that the White House Health Team must replace their propaganda with a prompt health response strategy and a policy of restraint and quarantine.

Different reactions from the government and population eventually pitted the health team against the White House economic team, creating conditions that forced the White House to choose between saving the economy or the people.

The White House’s final decision was to save the economy by focusing on short-term local quarantines.

The measures include a long-term plan with a $2,100 billion package, the largest high-risk compensation package in American history.

The impact of pandemic on the US government is becoming more apparent every day. With this support package, the White House intends to raise the hopes of the American people and corporations before the election that it has taken the necessary steps to ensure public health and protect the US economic system.

The White House does not intend to spend the package on short-term disposable expenses in the wage sector for the unemployed and affected people. Planning is set to take back the amount of $4,200 billion (double the amount of given package) over the next three years by raising the stock price of bankrupt companies bought by the government, along with taxing jobs in the US Treasury. The package is intended to support large companies and banks, and over the course of three years, people will have to work hard and pay $4,200 billion out of their own pockets to compensate corporations and big banks for the damage.

The first part of injecting money is actually to buy stocks and debts of businesses that do not have much chance of recovery. The second part is the injection of money into individuals and families with human and social considerations, which, if the pandemic and the recession continues, not only will it be impossible to return, but will also greatly increase the financial needs of those who receive the aid.

Important parts of the US economy are in a state of stagnation. If reductions in oil prices continue or stabilize at $40 or even $50 a barrel,  US industries including the aviation and aviation industry, the tourism industry, the oil and gas industry, the arms industry, the automotive industry and even the food industry, which are all dependent on the oil revenues of oil-producing countries, will face serious issues due to a sharp decline in their oil revenues.

During the economic crisis of 2008, the US government bought fallen stocks and revived most of the major companies and banks, such as General Motors, General Electric, Chase Morgan Bank, and Bank of America. Although this package is essentially a repeat of 2008, it is also fundamentally different. In the 2008 recession, the only problem was exclusively economic, but today, the problem of the costs associated with maintaining and restoring health to the American people requires financial and support packages more than the amount that have been provided.

At the same time, it seems unlikely that European countries and Saudi Arabia, which in those years provided their financial and economic resources to the US economy without hesitation, will now accept the risk of US economic recovery. Even if they accept that they are taking such a risk, it is not clear whether they will have the necessary political and economic capacity given the damage the pandemic has had on their economies. The belief in the success of this $2,100 billion package with about 7 million unemployed and the resignation of more than 2,000 senior executives of large companies is far from expected.

If the coronavirus puts the US economy in recession, the recession will shift its effects to major economic and political fields in other parts of the United States and around the world, and will push the international system into conflict between countries and impose its destructive effects on global stability and international mechanisms where the US has a lot of influence.

The 2020 election will be held in three months. If Trump does not restore public confidence and overcome the semi-closed economy and rising unemployment, he doesn’t stand much chance of re-election. He must also tackle the crisis in the global order, as the world increasingly orients itself toward multilateralism and mutual cooperation and takes stand against US global dominance and hegemony. 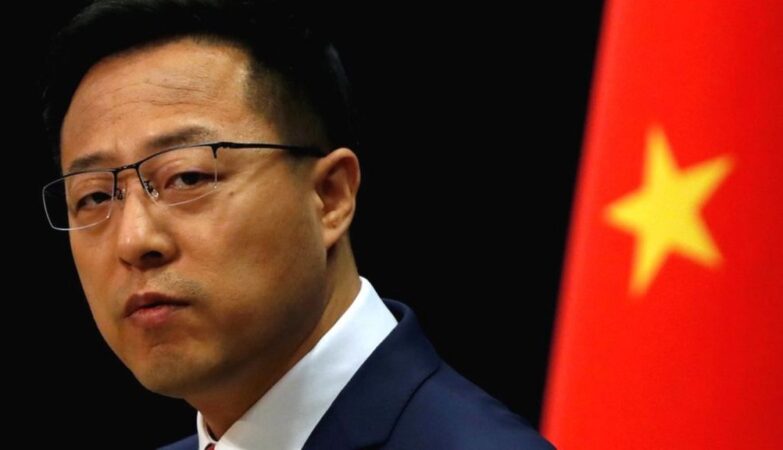