PEJOURNAL – Rostam Ghasemi, the economic deputy of the Quds Force and former Iranian oil minister, said at a meeting to review the oppressive sanctions against Iran: “The main problem of the country right now is the economic and livelihood of the people who have problems in this area.”

He added: “The Supreme Leader of Iran has always had an economic name in the past, which shows the importance of this issue.”

The economic deputy of the Quds Force stated that over 80% of the people in the poll prioritized the economic issue over other issues and demanded in this regard. They discussed the presence of other countries to rebuild Iran.

Ghasemi, stating that there is a huge power and capacity in the country that in the most difficult conditions can live with a better situation, continued: Some people after the order of Imam Khomeini in all aspects of the country began to believe that Iran is a talent and has the ability to build.

Ghasemi stated that great measures have been taken in the field of the country’s infrastructure, adding: “During the sanctions period, the Americans and the enemies of the revolution staged several events for Iran after the revolution, from the assassination to the martyrdom of the president.”

He said that the enemies of the war against Iran had no result for arrogance, adding: “Sanctions are one of the ways to hit the Iranian people, and the peak of these sanctions wars was in 1990, when the most severe sanctions were applied at this time.” I think the main way to deal with sanctions is to neutralize them and get through them.

“The day I entered the Ministry of Oil, I saw that there was a lot of dependence on oil, and the world’s second largest oil producer produced more than a third of the daily gasoline,” said the former Iranian oil minister, who said the enemy thought sanctions were crippling Iran. He was importing, and the decision was to ban gasoline as well.

He said that there was no experience of passing these sanctions, adding: “There is no record that a central bank of a country has been sanctioned in the past years, and the pressure was to achieve a crippling sanction which, thanks to God and the will of the people, neutralized these sanctions.”

He continued: “Many attempts were made to import gasoline, which were not achieved with strictness, and during the difficult period of sanctions, no one noticed the shortage of gasoline, but the events of that period created a new fruit for the country.”

He stated that 50% of the country’s fuel consumption basket could be CNG fuel, adding that most refineries were upgraded in the 10th government, including the Persian Gulf Star refinery, which today produces gas condensate.

“We did not need any foreign companies at the moment in the field of oil, and this is the result of trust in the interior and trust in the youth,” said the economic deputy of the Quds Force, stating that many equipment of the oil industry had been purchased but were not given to me by the contracting party due to sanctions. And artisans.

He said that in order to neutralize the sanctions, we used the country’s skilled craftsmen to produce samples of foreign goods and parts. “In the period of the most severe sanctions, some very advanced parts, which are very much in line with technology and consumption in the oil, gas and drilling fields,” he said.

Ghasemi, stating that currently Iran’s mines are unique, said: “Today’s mines have nothing to do with sanctions and there is no problem called mineral sanctions that more measures should be taken in this regard.”

He continued by stating that some Iranian soils are exported to other countries: There are valuable mines in Iran that should be used.

The former Iranian oil minister stated that one should believe in internal power: I am not against communication with the world, but the world is not only a connection with the United States.

AUKUS and the future of the Indo-Pacific 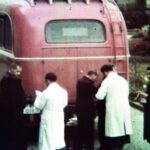 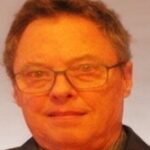 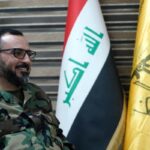 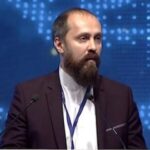 US and UK military are the world biggest polluters 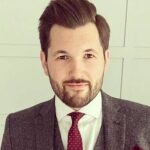