PEJOURNAL – The United States reiterates its “soft power” strategy, similar to when it sought to ride the wave of North African youth revolution in the midst of the 2011 Arab revolutions, targeting China’s allies in East Asia. This strategy has been pursued by the United States directly for years in the internal affairs of other nations around the world.

The “youth” groups, which now take part in protests across East Asia from Hong Kong to Thailand and are funded by the United States government funding, are the result of years of the United States efforts to influence, recruit, deceive and incite the region’s youth against the ruling governments. Especially governments that have close relations with China.
Based on this strategy, the Western media and their Thai partners have helped create the “youth” brand in recent anti-government protests in Thailand, and despite the leadership of the Thai opposition by certain individuals associated with Washington, these protests are still referred to as “spontaneous protests.” »

But where does this “youth” brand really come from? Is it spontaneous or has external clues? The visit of a Thai “youth” leader, Parit Penguin Chiwarak, to the US Embassy in 2016 and again in 2018 is a clue to the answer. In fact, Parit Chivarak’s meetings were just part of the White House’s broader strategy to control and use youth pressure in Thailand, and of course all young people across Southeast Asia to form a pro-Western political bloc to rise up against China and its allies in the region.

Indeed; This was part of the United States strategy on East Asia, which began in 2011 with Secretary of State Hillary Clinton’s Foreign Policy article entitled “America’s Pacific Century,” in which the Manifesto declared that the United States wanted to dominate East Asia.

“The future of politics will be determined in East Asia, not in Afghanistan and Iraq, and the United States will be at the center of action,” Clinton wrote in the article.

Clinton referred to Afghanistan and Iraq, where the United States intervention has led to numerous wars of aggression, the rise of terrorism, the killing of innocent people, the economic collapse of the entire region and the destruction of several countries, and several of the worst humanitarian crises of the century.

In his article, he reassured that Washington was stepping up its growing investment in confronting Beijing, which, by introducing the United States as a self-appointed arbitrator in South China Sea disputes, was effectively a major source of tension between China and Southeast Asia, especially on the fringes of “Mekong” river.

The United States “Asia-centric policy” began with an attempt to force regional governments to partner with Washington against China. This, of course, was vehemently rejected by some governments, such as the Philippines, which even decided to settle its dispute with Beijing instead of pursuing its case against China in the USA-funded International Court of Justice, which is fighting China on behalf of the Philippines. To solve.

The point is that; Some other countries, such as Thailand, which used to have relatively close ties with the United States, are now leaning towards Beijing.
This prompted efforts to use the United States soft power as a means of coercing or even replacing dissident governments to persuade those governments to comply with Washington’s proposals in all cases, including ongoing efforts to form opposition parties and Of course, strengthening them was with the keyword “youth”.

A strategy based on the use of young leaders in Southeast Asia with the goal of generational democracy was keyed by Washington through several programs, an event led by the National Endowment for Democracy (NED) and with the help of large sums of money provided by the USA State Department.

One of the events created in 2013, the Young Southeast Asia Leaders Initiative (YSEALI), sought to attract local youth from across Asia, including programs to travel to the United States and raise money to launch post-activist groups. It was from returning home.

The text of the YSEALI Mission Statement acknowledges that through a variety of programs and partnerships, including the United States educational and cultural exchanges, regional exchanges and budget allocations, YSEALI seeks to build leadership skills in the region’s youth, strengthen US-Southeast Asian relations and nurture The young community is ASEAN.

Almost without exception, Thai YSEALI alumni are both anti-Chinese and fully involved in the current Thai anti-government protests.

Another program, called “Generational Democracy,” is funded by the National Endowment for Democracy (NED) and its affiliate, the International Republican Institute (IRI).

The IRI Institute was founded in 2017 in Bangkok by Glenn Davis, the United States Ambassador to Thailand, a graduate of the US National War College who specializes in civilian tools in persuasive, provocative and coercive strategies. “Young people in Asia are looking to build a vibrant, citizen-centered and hopeful future,” he said at the time. “Through generational democracy, we look forward to working with them to make this vision a reality.”

By doing so, it is easy to see how the activities of YSEALI and Generational Democracy constitute overt interference with international law and norms, laws and norms that the United States itself will never allow to be violated on its own soil rather than domestic politics. Protect yourself. A clear example of what happened in the 2020 elections is the alleged involvement of Russia, China and Iran in the United States election process.

An example of how these programs were involved in shaping the decisions of young voters in Southeast Asia, and in particular in Thailand, was the 2019 Democracy Generation Workshop at Thammasat University, entitled “Vote for Your Ideal.” 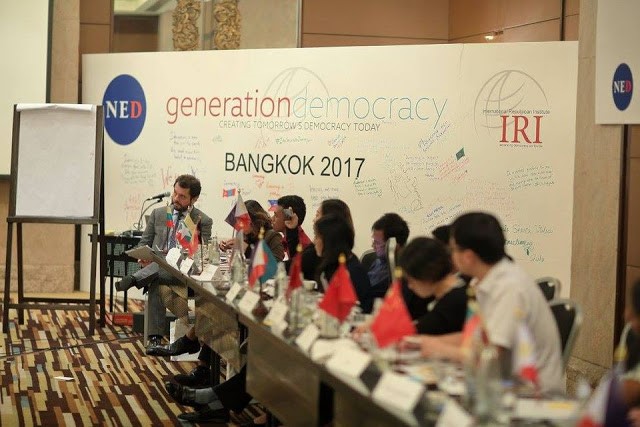 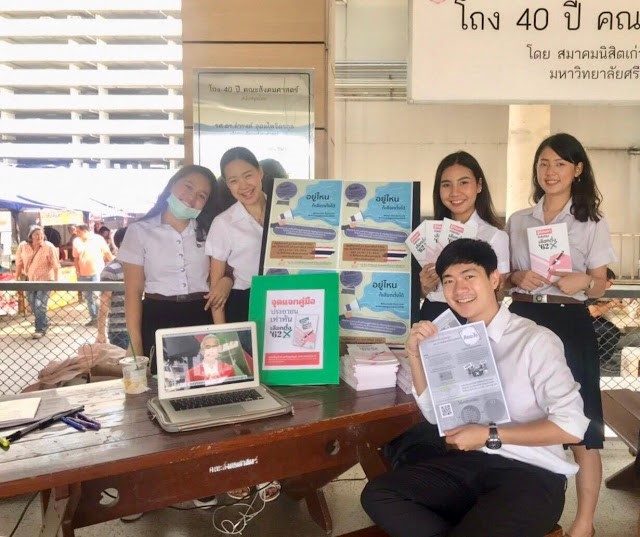 The IRI website, in a report titled “Thailand: Young People Abstain from Silence in This Historic Election,” directly reflects the Thai opposition’s rhetoric that the current pro-Beijing government in Thailand is authoritarian and that young people want to replace it. It shows with the democracy that Washington wants.

“This weekend, Thais will go to the polls for the first general election in eight years,” the report claims. Since 2014, Thailand has been under an army-led government and has created an environment in which civil and political participation is severely limited!

But deliberately, there is no mention about what happened in 2014 or the previous US-backed government led by fugitive billionaire Thaksin Shinawatra and his sister Yingluck Shinawatra, who ransacked nearly a million rice farmers and killed protesters on the streets.

In addition to paving the way for the past few years to attract and use Thai youth, the United States government, through the NED, has covered almost every aspect of Thailand’s so-called “student protests” from protest leadership to petitions to rewrite the Thai constitution, promote media protests and even It has funded filling protests with people.

The ultimate goal announced by the protesters is to change the regime and rewrite the Thai constitution, a process that has been repeated around the world for many years.

The New York Times article, “US Groups Contribute to Arab Uprisings,” shows how the same groups now active in shaping Thailand’s opposition and Thai youth rushed into the wave of Arab revolutions in 2011 to The nations of the region will not be able to fulfill their demands in the face of US-backed regimes.

In confirmation of this, the 2008 statement entitled “Announcement of Youth Movements Union Summit” stated that; Facebook, Google, YouTube, MTV, Hawks, Columbia Law School, US State Department and Access 360 Media, leaders of 17 leading organizations from 15 countries, along with tech experts next month in New York for the first Youth Empowerment Conference. Violence and pressure will be brought together through the use of the latest online tools!

Comparing the lies told at the time about the United States political interventions to strengthen democracy in the Arab world and US-led regime wars of change with the current situation is a serious warning of similar the United States efforts to create youth movements in Southeast Asia.

Of course, the groups involved and their initial protests were merely a cover for what eventually turned into an open and violent US-led campaign for regime change, leading to the complete destruction of Libya and the almost destruction of Syria.

But what is clear from all this is that; The only thing that was not achieved through US-engineered interventions in West Asia and North Africa was “democracy,” something that is still being pursued in Southeast Asia today.

In fact, the fate of North Africa and West Asia represents what the United States is seeking to achieve through violence and destruction in Hong Kong, Thailand, and elsewhere in Southeast Asia to confront China.

The letter of the Iranian ambassador of the Down Syndrome Foundation to the mayor of Mauritius capital, Katere Bourne

PEJournal - Dr. Azadeh Abbaszadeh, one of the activists supporting the rights of the disabled commu...